A Brief History of the Toner Cartridge and Its Recycling Economy

Most recent by James Cai

“The need for a quick, satisfactory copying machine that could be used right in the office seemed very apparent to me—there seemed such a crying need for it—such a desirable thing if it could be obtained. So I set out to think of how one could be made.”

— Chester Carlson (from the book, Copies in Seconds)

Toner cartridge manufacturing is a $4.5 billion industry. Only 20 to 30 percent of all toner cartridges are recycled, at that percentage, the recycled toner market is worth a billion dollars.

Most toner buyers are beginning to ask critical questions like:

Now, if you think 350 million landfill-cartridges is something, think again. That figure compounded by 12 percent yearly for the next five years is not coming here. If you live in the US, the bulk of the problem is in your court — 70 percent of non-recycled toner cartridges are in the US.

No doubt, toner cartridge recycling will save our lives and renew our planet. In fact, recycling cartridges will save us a ridiculous amount of money — as much as 50 percent less than newly manufactured OEM cartridges.

How did it all start and where is the toner cartridge headed?

Chester Carlson invented xerography in 1938; that invention has snowballed to today’s toner cartridge. Xerography was also known as electrophotography, an electrostatic dry-copying process that was used in producing out-of-print books and also making office copies. 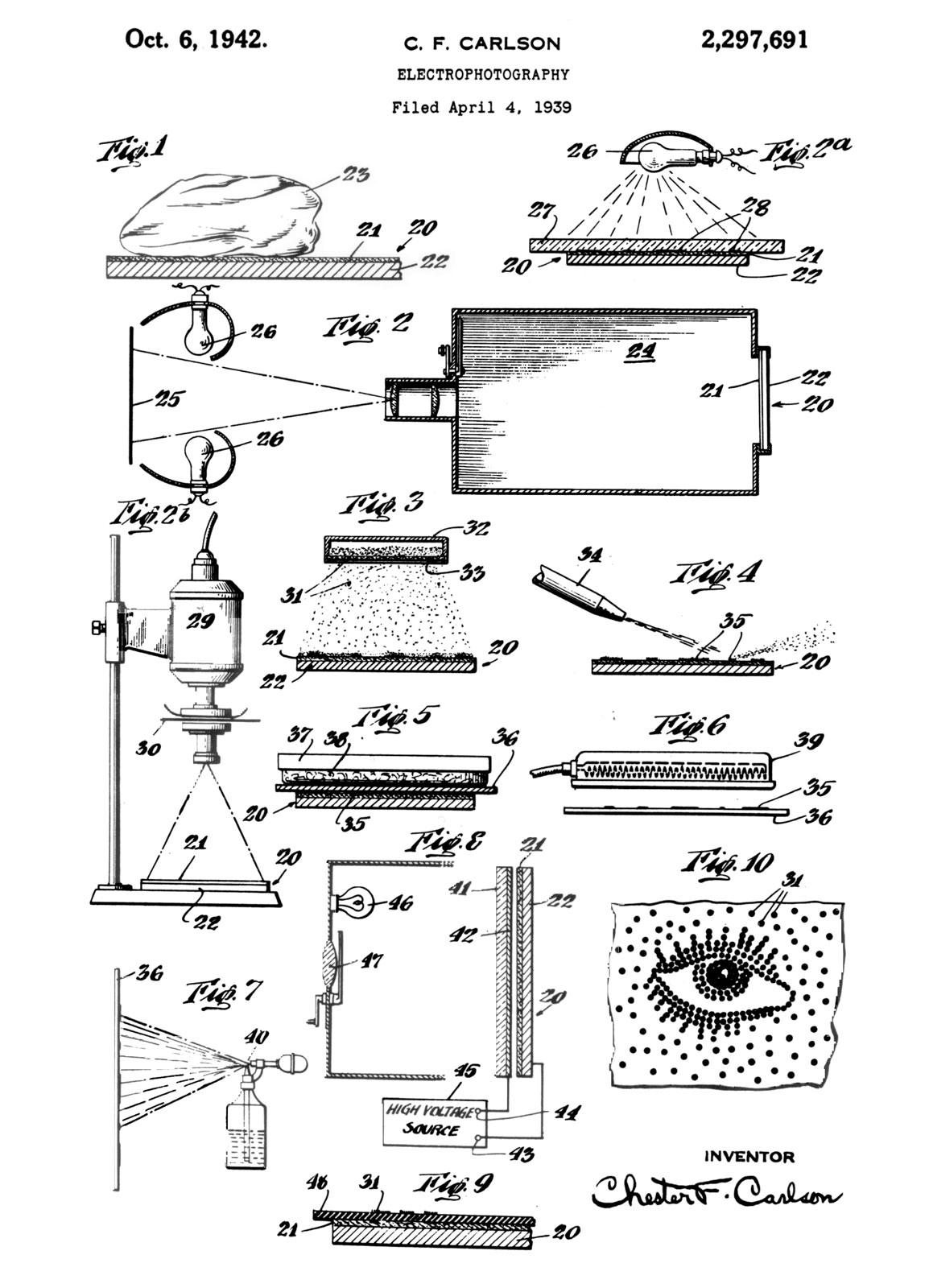 Xerography was useful in laser printers. Under Xerox, with the unveiling of the Xerox 914 in 1959, Chester Carlson’s xerography evolved into what’s become today’s laser printer.

The Xerox 914 was tedious to use and required a special technical team for every unit of the machine. So complex was the Xero 914 that it could burst into flames if overheated; each unit sold with a handy fire extinguisher. Selling fire extinguishers with printers would be unimaginable in today’s world.

The machine earned the name “914” because it could copy sheets of paper that measured nine inches by 14 inches. Modern toners also evolved from Xerox 914, which used the most basic form of today’s toner.

Carbon, plastic polymer, and iron oxide constituted the toner mixture of the Xerox 914. Today’s toner cartridge ingredients remain the same as the first Xerox 914, with some refinements.

Early Toner Cartridges and their Complexity

A fixed box inside of the Xerox 914 was the start of toner cartridges. You can only refill the box, and you can’t change it. You’d have to pour the toner into the box via a unique hole. 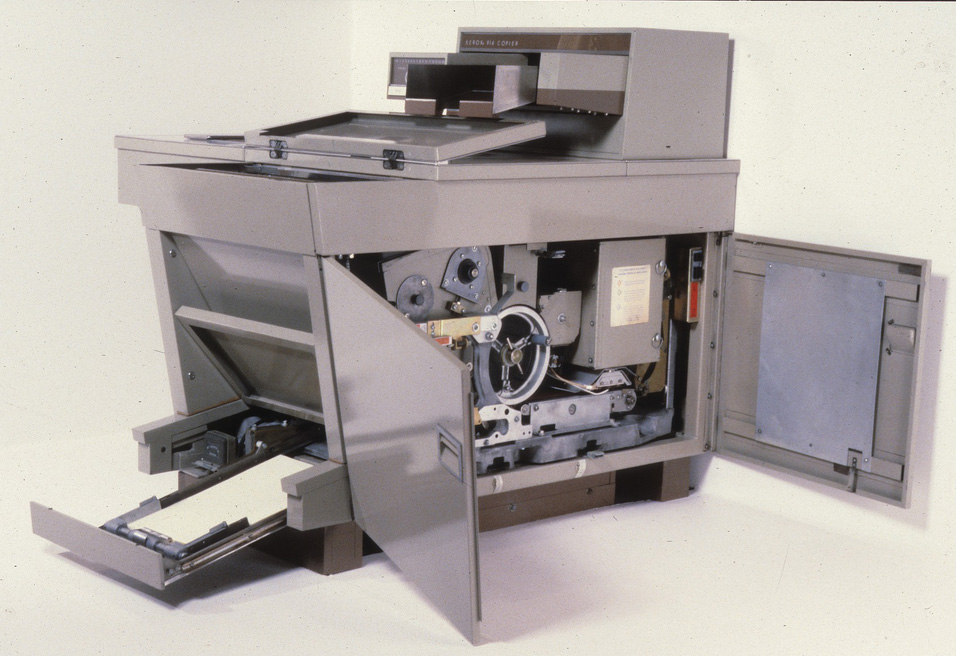 Technicians who poured the toner into the special hole struggled with a range of problems. Cartridge troubles ranged from simple toner dust spillage to serious health concerns resulting from inhaling toner dust.

In some instances the toner dust caused explosions!

Toner explosions resulted from a high concentration of combustible toner particles suspended in the air. Suspended toner powder reacts with oxidizing gases like oxygen and then explode.

Like some other tasks, refilling the toner mixture required the help of a technical team. The developer, a medium in which the toner traveled, was another mixture that needed refilling. The Xerox 914 had an encumbering printing process that wasted toner, so technicians would manually gather toners in a bottle.

Apple, HP, and Canon in the History of the Toner Cartridge

Canon built upon their initial effort at developing a print engine — Canon LBS-10 — by building the Canon CX. Since the Japanese companies didn’t know much about how computers worked, they collaborated with Apple and HP, at the same time.

Canon had been turned down by Xerox subsidiary, Diablo Data Systems.

While Canon, Apple, and HP were working out the intricacies of their collaboration, Xerox was out with a new and improved product. The Xerox Star 8010. The new Xerox machine was designed specifically for offices but was expensive to buy.

Canon took advantage of the high price of the Xerox Star 8010. The Japanese company collaborated with HP to introduce the HP LaserJet in 1984. The revolutionary printer sold for $3,500 at the time and in 16 years sold over 50 million units. Canon provided HP with the Canon CX print engine used in the HP LaserJet. 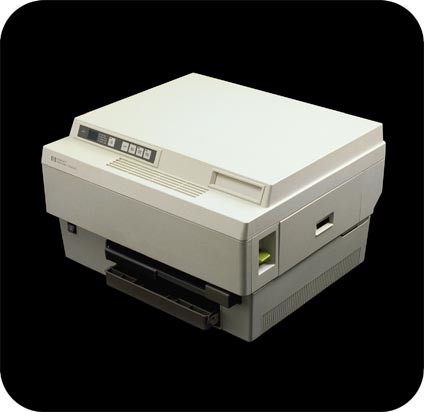 Although it might not seem much today, the HP LaserJet was a breakthrough product of its time — the world’s first desktop printer. The machine boasted specifications never seen before. The HP LaserJet turned at a maximum speed of eight pages every minute; its print quality was as high as 300 dpi.

The HP LaserJet had many benefits over any other printer, including the Xerox 8010:

The HP LaserJet Ushers in the Toner Cartridge Economy 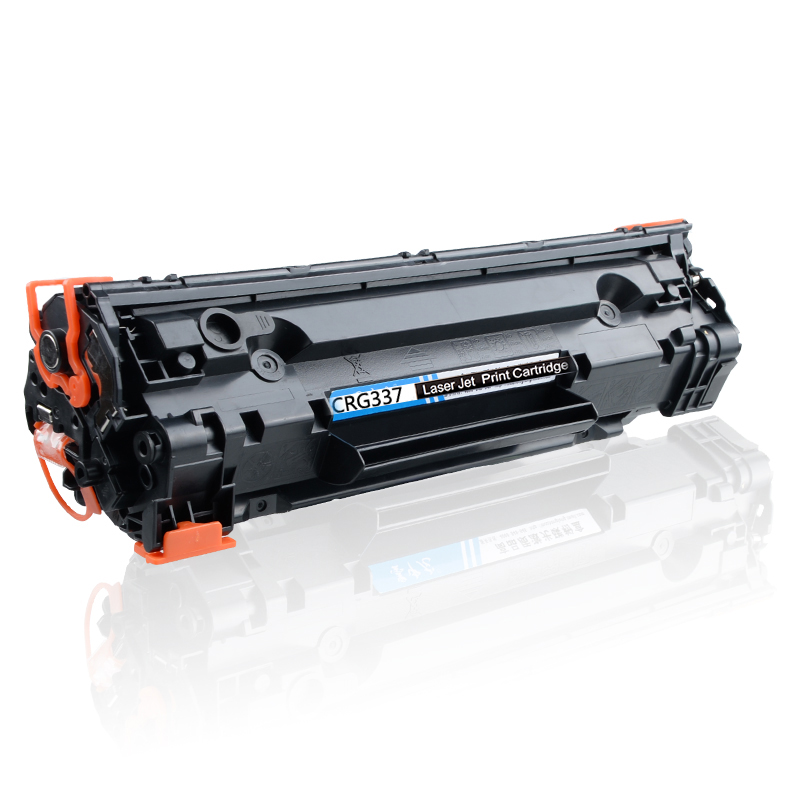 The toner cartridge as we know it today started with the HP LaserJet. The printer eliminates the need for a technician to operate it. All the printer components of the HP LaserJet that would require servicing was batched up into one container.

The new toner cartridge system had many benefits. Here are some of the key advantages:

The HP LaserJet attracted competitors quickly. These competitors — like Brother — introduced their unique versions of the modern printer. Other companies didn’t batch all replaceable components into a container. However, these companies ensured users could easily replace printer parts without calling a technician.

Why Toner Cartridge Recycling is the Future 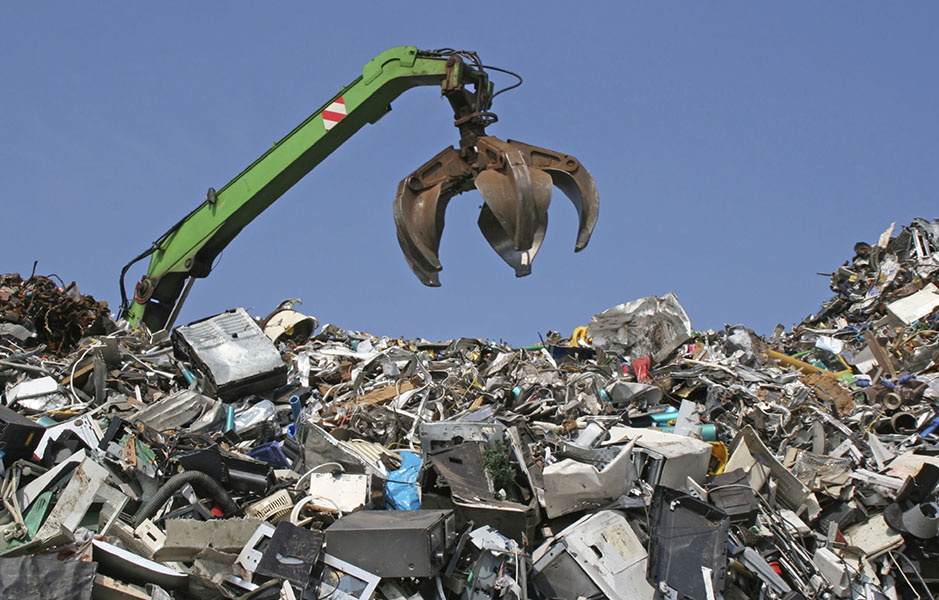 Lots of people have bins in their offices or homes, and paper recyclers collect paper from them regularly. However, you’d find it harder to dispose of toner cartridges ethically. For most toner recycling programs, you must meet their qualifying standards before you are given a bin to collect cartridges. Due to these qualifying targets, small-volume toner cartridge users have no convenient options for participating in recycling programs.

However, toner cartridge remanufacturing is on the rise. The International Imaging

Technology Council reports that the toner cartridge remanufacturing industry has more than 10,000 companies from 85 countries in it.

Recycled cartridges cut cost by as much as 50 percent over OEMs. In a 2004 Waste News survey, about 60 percent of respondents said that they used recycled toner and ink cartridges in their home or office.

A toner cartridge shell costs three liters of oil to manufacture. Now, if you think that’s expensive, wait until you find out how much one ounce of printer ink costs. The cheapest printer ink costs about $13 an ounce — about the expense of a fine Champagne. ConsumerReports says that some printer ink sells for as high as $75, and that’s even costlier than a Chanel No. 5 perfume. 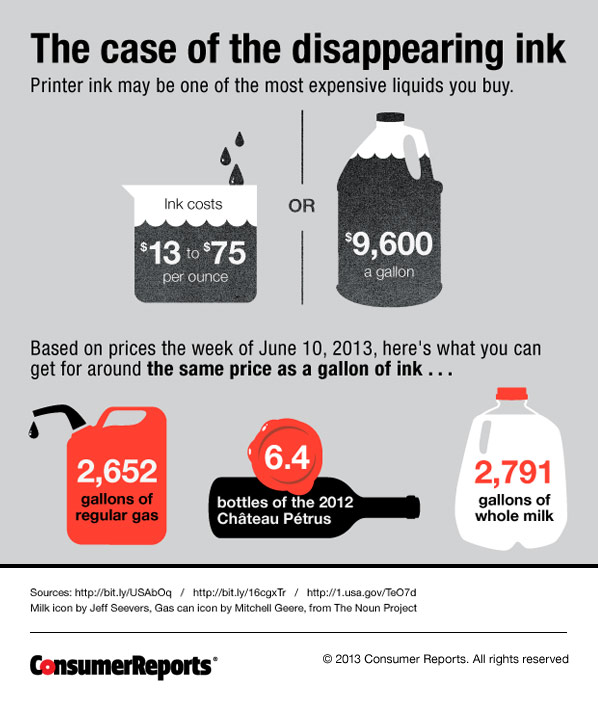 One liter equals about 34 fluid ounces or 0.2642 liquid gallons. At these measurements, we can derive the equivalent of one ounce of toner compared to one ounce of other expensive liquid substances.

Get Free Quote and Free Shipping